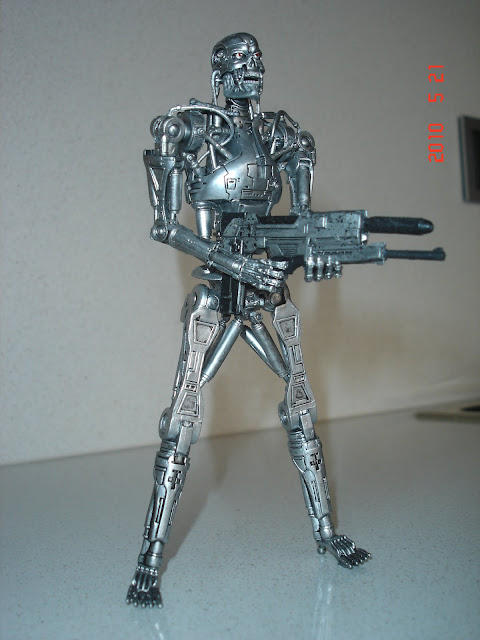 The endoskeleton is actuated by a powerful network of hydraulic servomechanisms, making Terminators superhumanly strong. For instance, in the third movie, Schwarzenegger's character was able to handle firing a Browning .30 machine gun from the hip with one hand, while holding a coffin containing an alive John Connor and a heavy cache of weapons, showing no signs of the extra weight being any real concern.
Late in the first film, the Terminator is stripped of its organic elements by fire. What remains is the machine itself, in James Cameron's own words "a chrome skeleton, like death rendered in steel." 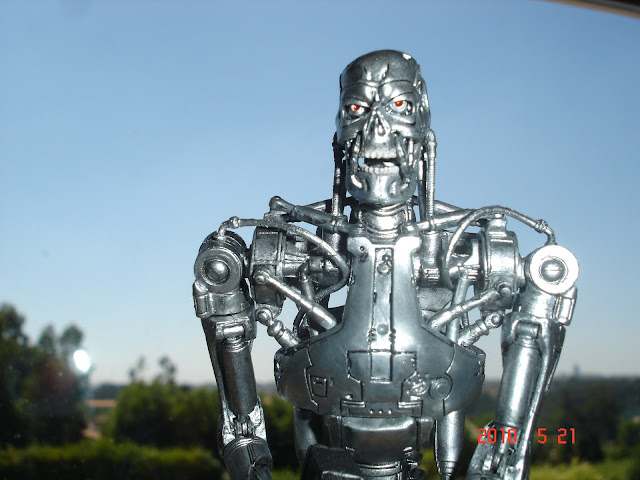 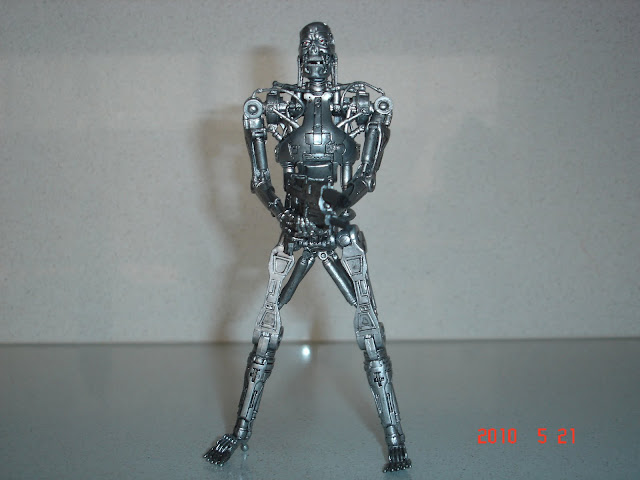 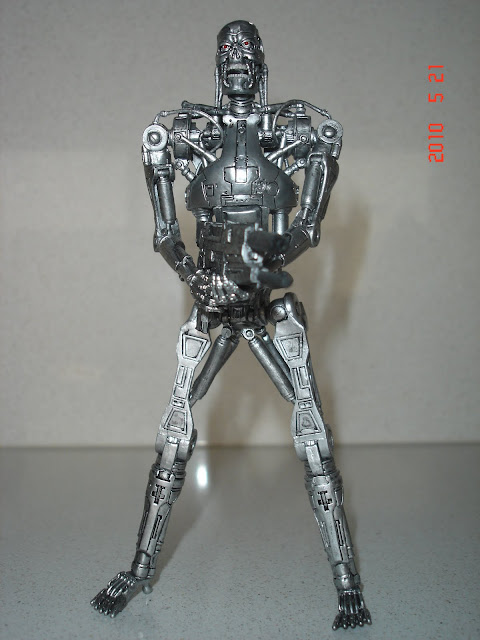 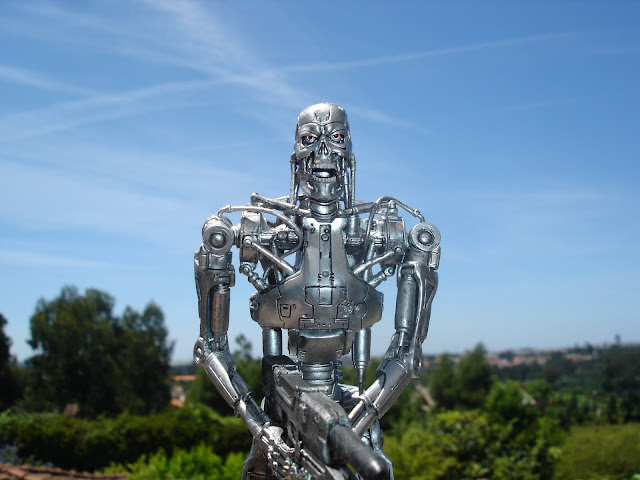 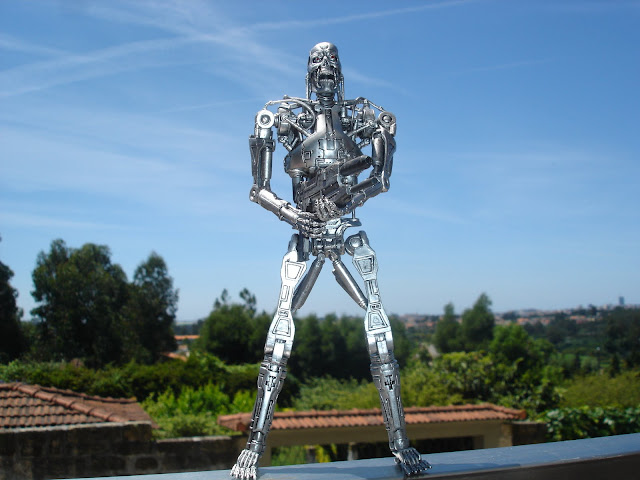 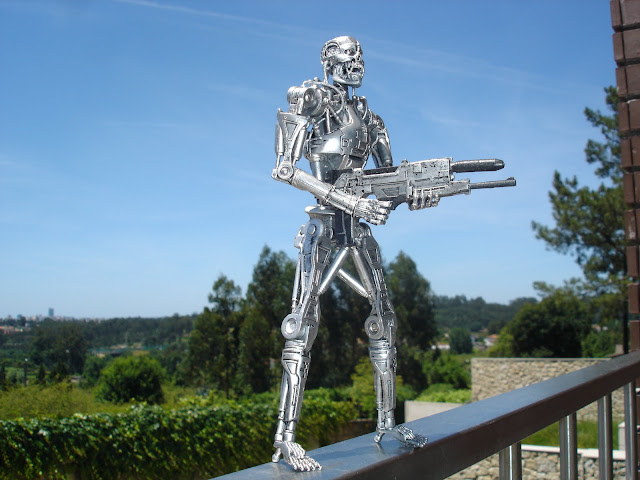 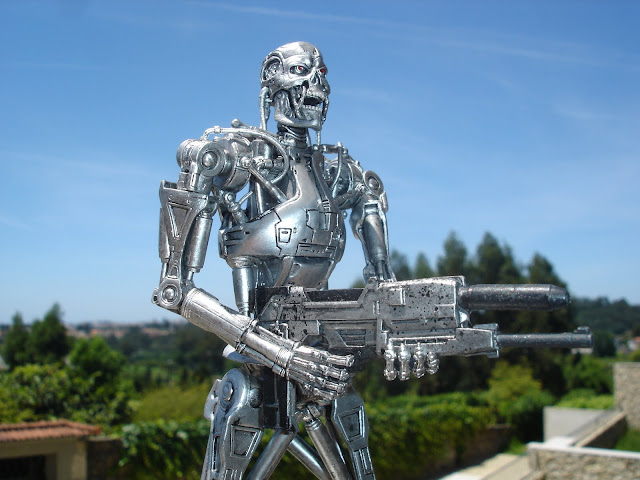 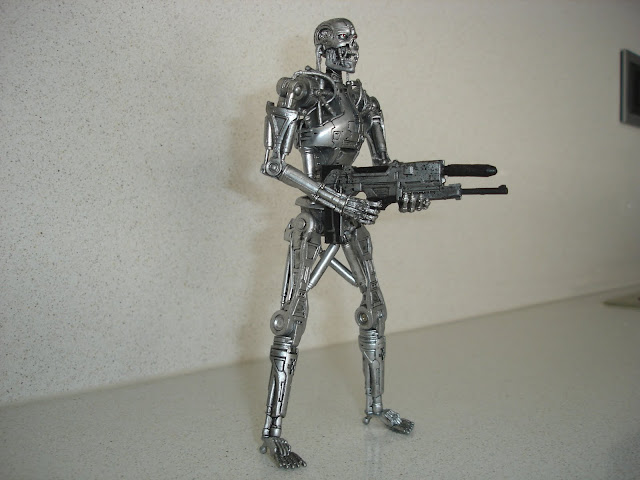 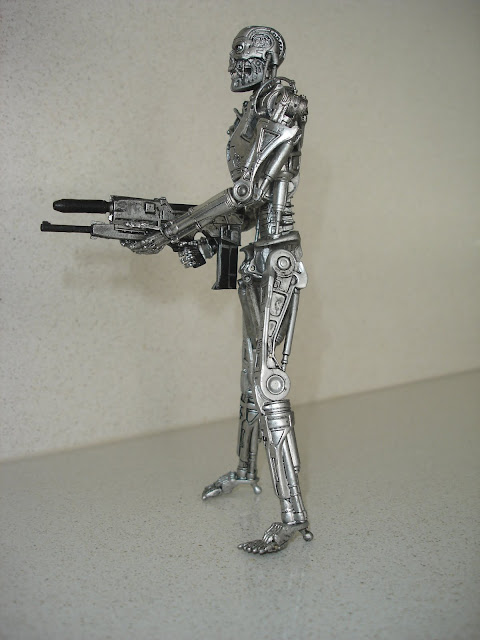 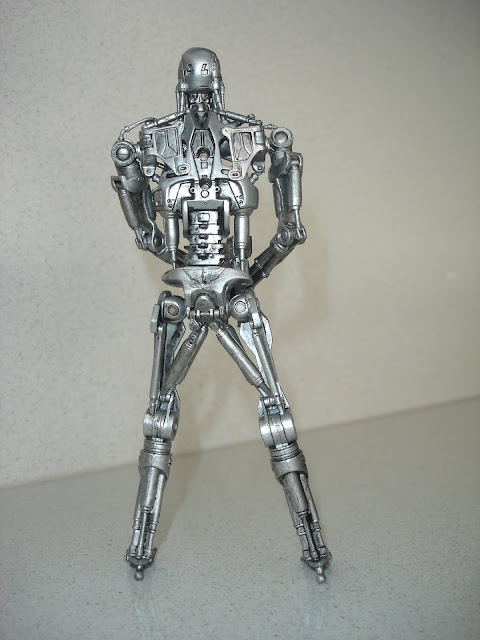 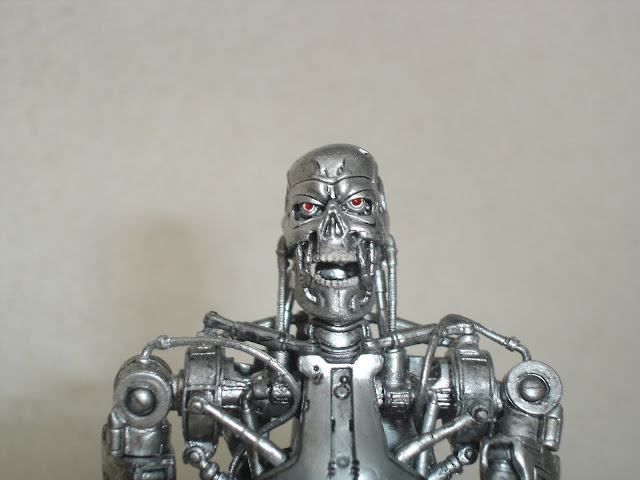 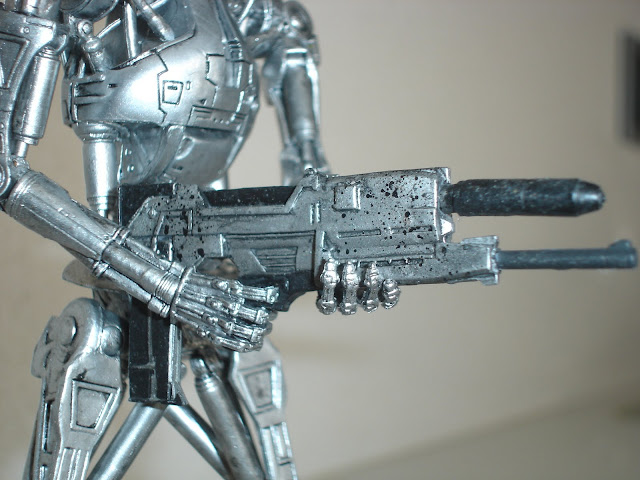 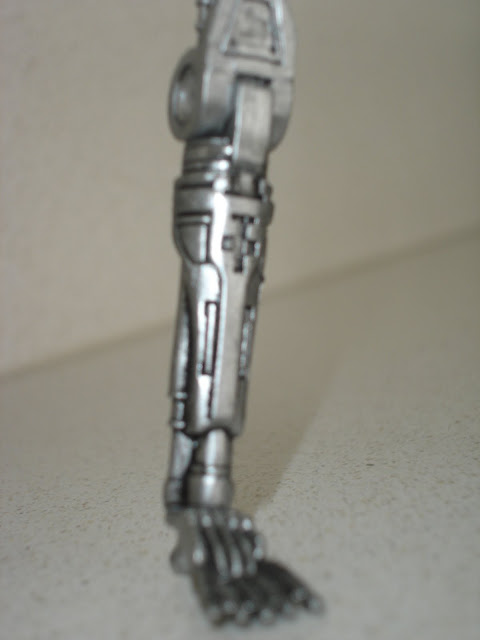 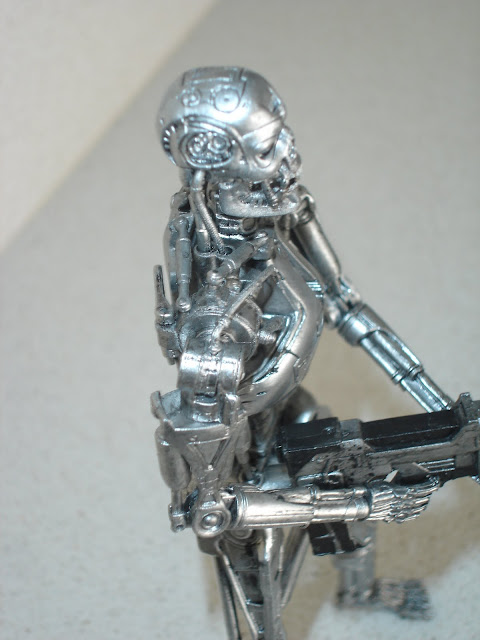 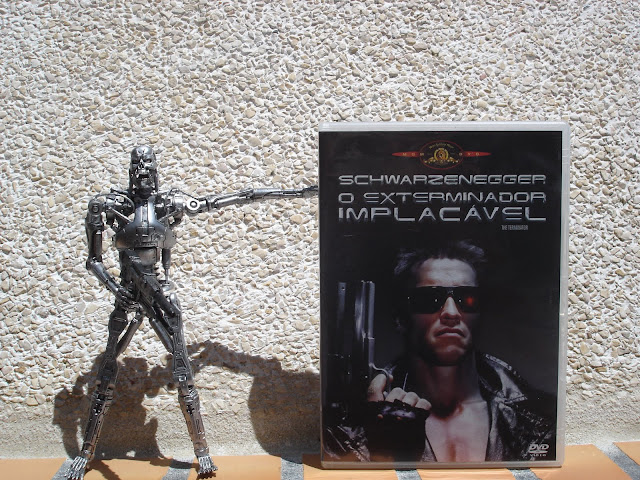